05.10.2021 | Dresden has probably never seen so many Citation Mustang Jets at the same time! 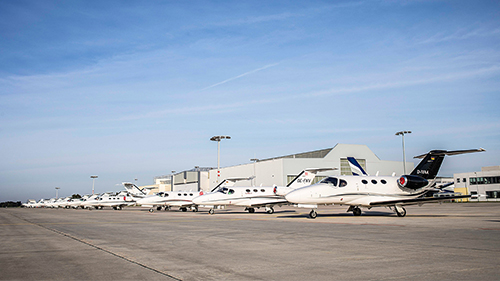 From 01.10. – 03.10.2021 almost 60 members of the association "Citation Mustang Interest Group", short “CMIG”, met for the annual general meeting and the technical seminars in the Hotel Gewandhaus Dresden. As expected, almost all foreign participants came with their planes. The perfectly organized event became a gain in knowledge and contacts for all participants. Dresden Airport worked extremely professionally, a stroke of luck for all approaching and departing pilots. The Dresden service was simply fantastic. All participants were welcomed with a reception and a tour of the shipyard. The first evening event in the restaurant of the Bülow Palais offered the new members a good opportunity to get to know the association "CMIG" and its members better.

A large number of technical seminars and the Annual General Meeting determined the Saturday from 09:00-19:00. As expected, the board was relieved and confirmed.

On the occasion of the subsequent dinner together, one heard almost exclusively technical discussions among the highly motivated pilots. The spokesman Dr. Till Werner, who was highly praised for the organization, announced the following meeting next year in Valencia, with many of the participants even suggesting 2 meetings a year because of the variety of topics. 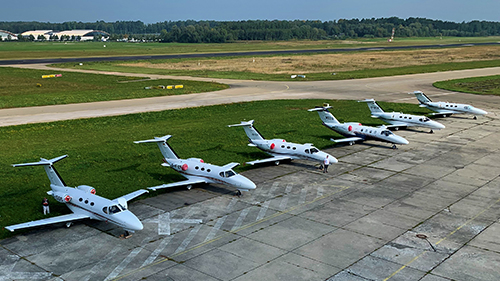 In compliance with hygiene regulations, this year's meeting took place from 18 to 20 September 2020 in Lindau on Lake Constance. Friedrichshafen EDNY was chosen as the appropriate airport. Thanks to the proximity to Switzerland and Austria, the participants from these countries and from Bavaria and Baden-Württemberg travelled by car and two even by boat across Lake Constance. Nevertheless, Friedrichshafen was able to welcome 11 Citation Jets and 3 more aircraft for 2-3 days.

Lake Constance Airport proved to be extremely cooperative and customer-oriented. Despite the reduced workforce, the employees of the air traffic control seemed pleased with the choice of their airport and were happy to be able to help shape an event again.

The participants first met on Friday for a welcome reception and a subsequent shipyard tour at AirPlus. Afterwards they went to the Hotel Bayerischer Hof in Lindau, the conference hotel. At a hearty dinner at the Max & Moritz Brewery Inn, the participants activated their contacts and took the opportunity to exchange professional experiences.

Saturday was marked by the Annual General Meeting, enriched with a wide range of specialistlectures. There was great praise to the organizers and a repeated desire for a next meeting aloud. The dinner together at the hotel once again offered many opportunities to make new contacts and deepen existing ones, with the expertise dominating at all tables. The four flight jackets, which Cessna raffled off that evening, generated enthusiasm among the winners.

Before the flight home, the pilots had the opportunity to fly a demo with a Bell 505 helicopter, which was used by many in bright weather over Lake Constance. 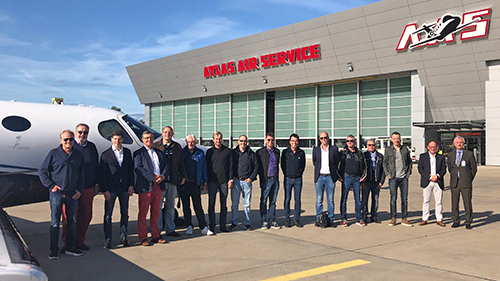 At the end of September 2019, 25 participants – arrived with 13 aircraft – met in Bremen for the first annual general meeting of the Citation Mustang Interest Group after the foundation of the association in 2018. First there was a reception with a visit of the aircraft maintenance facility at Atlas Air Service, then the annual meeting of the members was hosted by the Lufthansa Airline Academy in Bremen.

Hans-Alfred Kaut, spokesman for CMIG, thanked the 10 founding members and his board colleagues for the perfect support in the founding year, and then reported on the pleasing development of the association. The association now has nearly 30 members, who together operate more than 40 aircrafts, including 36 Citation Mustangs.

The Board of Management and the Treasurer were unanimously exonerated with the abstention of those affected. Since Hans-Alfred Kaut had already declared at the founding meeting that he would only be available for one year for the speaker's mandate, Dr. Till Werner became the speaker and Dr. Klaus Lesker was unanimously appointed as his deputy.

A lively and wide-ranging exchange of experiences and interesting lectures on the topics of accident investigation by Axel Rokohl from the Federal Office for Air Accident Investigation, OM-NCC and the use of ForeFlight in Europe followed. 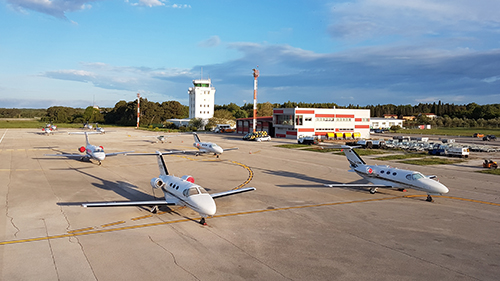 At the end of April, the members of the association „Citation Mustang Interest Group“ based in Wuppertal (Germany) met for an exchange of experiences at the 5 Star Hotel Grand Park in Rovinj/Istrian/Croatia, which had just opened.

The 3-day meeting of the members of the CMIG in the hotel's technically well-equipped meeting room dealt with many topics related to safe and economical flying with the Mustang Jet. In addition to various technical lectures and discussions, the program offered participants an insight into the excellent Istrian cuisine. Especially the truffles and the other local products thrilled everyone.

Pula LDPL Airport provided a dreamlike backdrop and a very friendly, professional handling for the 13 arrived aircrafts. All participants reaffirmed the desire to reuse the unusual hospitality. 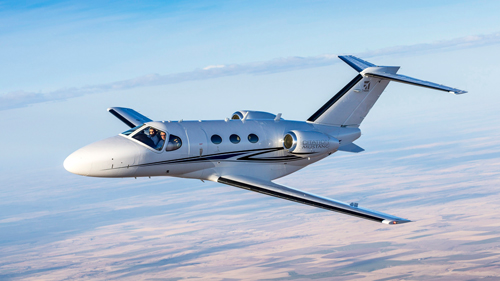 Citation Mustang Interest Group, CMIG for short, has already gained many new members and friends in its first six months of existence. From 25.04. to 28.04.2019 there will be a large conference held. The venue for the meeting is the brand new 5 ★ Hotel Grand Park in the historically interesting place Rovinj (Istria). The Experience and the technical discussions will be a width room granted. The supporting program is also impressive and guarantees the participants epicurean highlights of the truffle region of Istria.

Interested Mustang owners, pilots and friends can Like Atm Association spokesman Hans-Alfred Kaut (info@cmig.aero). More information about the association can be found on the homepage www.cmig.aero. 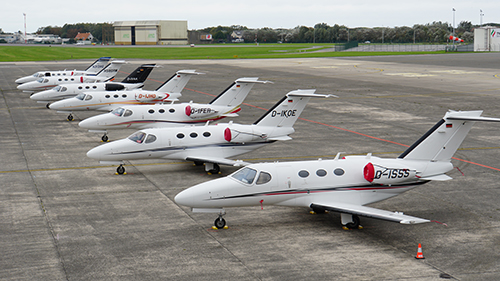 On 29.09.2018 enthusiastic Citation Mustang friends met and completed the founding of the Citation Mustang Interest Group - short CMIG - based in Wuppertal. The board is made up of the spokesman Hans Alfred Kaut, Wuppertal, and his deputy Dr. Till Werner, Worms. The finances are taken care of by Frank Ellerhold, Radebeul. The group starts with twelve members and already represents 29 C510 Mustangs in German-speaking countries. Of course, the association is open to receiving as many members from all over Europe.

Owners, pilots and enthusiasts of the Citation Mustang strive not only to exchange their experiences with this aircraft model, but also to make this special aircraft widely known. The aim of the association is to promote the operation, maintenance and maintenance of the aircraft model C510 in terms of optimal operational readiness. Further goals are in the field of flight operations in the broadest sense, the implementation of flight training and safety training, the general increase in flight safety and the more conscious, energy-efficient flying and the promotion of young talent.

Interested parties already have the opportunity to access the contact details and to see the current statutes and to apply via the registration form on the homepage www.cmig.aero. Gradually, the homepage will be expanded with interesting information about this aircraft model. In that regard, the club is pleased about every contribution, photos and videos on the topic C 510 Citation Mustang. Owners, pilot or friend of this model can become a member of the association.

The press section is intended for journalists to report on our association. The pictures and texts are available free of charge for reporting. Any separate commercial use is prohibited under copyright law. Any quotation obligations and copyright notices cited by us must be strictly adhered to.

If you want to be included in our press mailing list, please send us an email: presse@cmig.aero